We welcomed a new member to the group. She brought up some familiar challenges, but in a new context. Our discussions provided more personal insights, built ideas and options based on experiences, and gave mutual support to a stressed but resilient group of carers.

Visit to a dementia ward

Janet led the session off by describing a recent visit to the Queen Elizabeth hospital to see one of our group members. He had been taken ill on a trip to London, spent some time in a central London hospital, and eventually been found a bed in the QE. The ward lacked any features of interest – lots of white. There was six people in the ward, five of whom had dementia. The sixth person considered he had a role: to keep an eye on everyone else – he was a bit hampered because he could not walk at the moment. Our member was required to lay down or be in a close to laying position, because his very low blood pressure meant raising his head resulted in dizziness and led to collapse. So, he lay in a blank room, unable to move, with limited interactions with anyone. His dementia is quite advanced and his circumstances did not help. He was pleased to see visitors. Janet talked to him and massaged his hands with lavender. After a visit of around 30 minutes of rather rambling comments and slipping not sleep, Janet said goodbye – and he said “Goodbye Janet”. A complete surprise, as Janet had only mentioned her name when she first arrived. Even though he appeared not to be interacting with Janet, she had clearly made a connection. Making the effort to interact and communicate can have great benefits.

We revisited the issues arising from a mum, in a care home, who likes to walk about and occasionally picks up things that do not belong to her. The group agreed this was ‘normal’ behaviour for someone with dementia. Unfortunately, and rather inexplicably, the care home does not consider this ‘normal’ and are thinking about asking her to leave or looking at drugs to control her. The position of the home on the boarder of two boroughs has recently caused the home to change to Bromley NHS services rather than Greenwich. Mum’s GP has changed, as has the memory service. It is unclear where this is all going and the uncertainty is upsetting the daughter. Tatiana reminded the group about good practice, including a support strategy with behavioural plan. The daughter will, once again, push for the best support for her mother.

Our new member presented an interesting scenario. Dad had recently become extremely agitated on a bus home. He was distressed by the claustrophobic bus and because he did not recognise any one else there (including his wife). With this background, she then said her mother was planing to take her father back home to see relatives. The trip would include a 12 hour flight and a prolonged drive at the other end. We discussed the pros, the cons and the alternative ways for keeping in contact (including Skype/Facetime). The daughter is clearly in a conflicted position. Our group generally thought such a trip was not a good idea! However, one group member who supported a “last” trip home, was someone who had been born and brought up abroad. As usual, the varied experiences and histories of group members provided a wide perspective of views, ideas, and options.

Another mum had recently been admitted to hospital with the above, and survived! The professionals cannot [at the time of the meeting] agree on a care plan. The daughter had been doing 8-hour “shifts” visiting the hospital. When out of hospital mum cannot cope with the daughter being out of her sight. A stressed daughter, is now even more stressed.

A wife had got the expected diagnosis for her husband that had been pending for months. Mixed dementia – he does not want drugs – and he has been discharged by the memory clinic. They are expected to just get on with life. This is a common experience. We discussed what this meant and the need to live the best life in this moment. 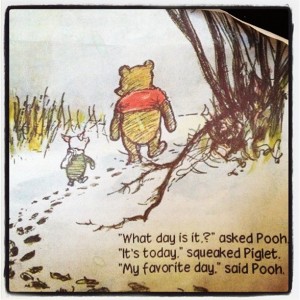