Another select group came to reminisce about when they went out in their youth.

We soon got into the serious business of getting ready to go out. We prepared by getting spruced-up and mirroring each other’s actions. This was rather fun, if a bit confusing – especially where we had mixed pairs. 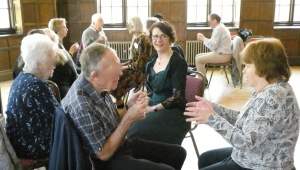 We chatted about things we remembered about how things were, what we wore and where we went 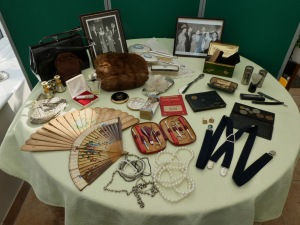 Going to dances had been popular with our group – so we had a dance.

The tunes got livelier, until the jive resulted in the need for a tea break and a sit down.

Fortunately, we were all off to the cinema. As the patrons found their seats, the ice cream lady came round.

We then had a short trailer film for tomorrow’s Friendship Group (several people spotted themselves dancing to Jamie’s singing in the film).

When everyone was settled we split into two teams for a movie quiz.

We finished up chatting about film stars and going out.

Lots of fun was had by all.