Skip to content
Today the theme was VE Day. We were very pleased to introduce our first session run by a guest since we went on line. But first… Group members (and volunteers) are becoming a little more familiar with Zoom, so we managed a fairly swift transition into breakout rooms at the start of the meeting. Everyone had the chance to catch up with others and welcome back some who had not come along for a while. 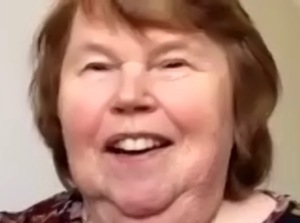 Inevitably we had the benefit of 10 of Pearl’s jokes. The humour is such that we split them into two batched of 5 jokes, to avoid too much laughter.

Gyda’s craft window this week had us making hats – and very nice they were too. We did have one person who produced one ‘they made earlier’. We polled the group and found they had the resources for some more extravagant crafts in future weeks, so expect great things coming this way. 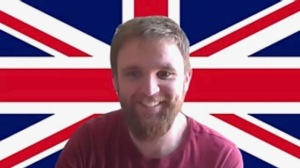 Danny has been on the point of running his garden theme two weeks. Finally, next week we shall cover flower pressing and we will wear something flowery. I shall take my hay fever tablets in anticipation.

There was dancing and I think the sound quality might have been a bit better this week (thanks to Zoom tutorials on YouTube).

Our first guest session: 30 minutes of chair yoga with the delightful Geny. We were very pleased our (not so) old friend Geny agreed to run a free session for us this week. The feedback was positive and we shall invite her back for another session in the near future. You may find out more about Geny’s work and her yoga sessions here.
.
Gerry’s poetry window this week was a reading of “Today is very boring” (by Jack Prelutsky). All manner of things happed in the boring day and the internet connection proved lively too. These poetry readings are fun!
Janet’s quiz, unsurprisingly, focused on VE Day. Some of the group were a bit handicapped here – either they were too young or they hailed from other continents (some distance away from Europe). We did have one member who might have bumped into the current queen outside Buckingham Palace on VE Day – although she didn’t remember anyone who might have fitted the bill.
Pearl returned to sing “The white cliffs of Dover”, “Wish me luck as you wave me goodbye” and “We’ll meet again”.

Janet wound up the event with more flag waving and singing-with-actions. A very energetic, calming and colourful event.
Keep safe and well, and join us next week.